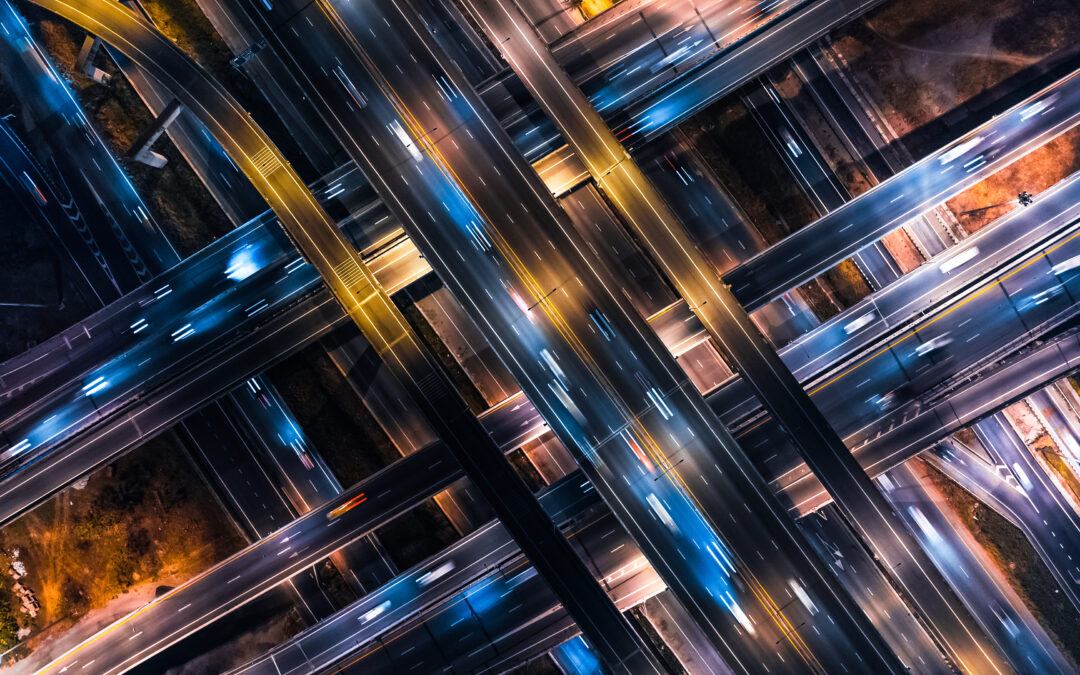 Traffic can be unpredictable, creating slow travel speeds, increased delays, and increased risk of collisions. Freeways and other high-volume roadways frequently face heavy congestion, often due to non-recurrent conditions such as accidents or weather conditions. Active traffic management allows agencies to improve trip reliability, safety, and throughput by deploying operational strategies that dynamically manage traffic and capacity based on current and anticipated conditions.

Marin County, in California, U.S.A., set up detector loops on the freeway, which caused on-ramp traffic signals to change depending on gaps in freeway traffic. This system was used to smooth out traffic flow and decrease accidents. Alameda County in California had already implemented ARM, and noted that travel times had dropped 37% since installation.

ATSC is the continuous monitoring of arterial traffic conditions and queuing at intersections, and the dynamic adjustment of signal timing to smooth traffic flow. This approach typically monitors traffic flows upstream of signalized locations, and anticipates traffic volume and flow before reaching the first signal. Timing parameters are then continually adjusted, and can optimize various operational objectives, such as reducing overall stops. ATSC can reduce travel time and delay, increase arterial speed, and reduce queue lengths. Using technology, such as SMATS iNode and crowdsourced traffic data, traffic signals can be adjusted in real-time. Agencies receive email alerts when an incident is detected or when a pre-set threshold is exceeded, such as ramp spillback, allowing the agency to quickly adjust the signal.

PennDOT has had success reducing overall stops and decreasing travel times using ATSC technology, and they are expanding their use of ATSC in Montgomery County along the Schuylkill Expressway. In combination with variable speed limits and adaptive ramp metering, they hope to see a reduction in congestion.

DJC is the dynamic allocation of lane access on mainline and ramp lanes on high traffic interchanges where traffic volume changes throughout the day. This system uses dynamic signs to close or change mainline lanes, open shoulders, and accommodate traffic. This can lead to reduced travel time and delay, and increased travel speeds.

DLR adjusts the capacity of congested roads by reversing one or more lanes. This allows lane capacity to adjust to shifting traffic demand throughout the day. Lane reversal can be implemented using removal barriers, signage, or a combination of the two. The challenge with DLR is ensuring clear signage for drivers, and proper timing during reversal to avoid head on collisions. DLR can contribute to increased throughput and decreased travel times.

Montgomery County, in Maryland, U.S.A, uses reversible lanes in corridors that predominantly cater to commuter traffic, improving the flow of traffic during rush hours, where there is a large imbalance in directional traffic. The City of Arlington, in Texas, U.S.A., uses reversible lanes for event traffic, such as for high volume traffic headed to and from the Dallas Cowboys Stadium.

DLUC is the dynamic opening and closing of individual lanes as needed and with advance warning to drivers, usually through the use of dynamic lane control signs. This strategy is used to safely merge traffic into adjoining lanes, and is often used with dynamic shoulder lanes to increase capacity. This strategy can reduce secondary accidents, improve responder safety, and increase lane-level volumes.

DShL is often used alongside DLUC, and is the dynamic enabling of the shoulder as a travel lane. This strategy does not include static, pretimed approaches. The use of a DShL occurs in response to peak-period traffic, or incidents and other conditions during non-peak periods. Shoulder lane use, such as during traffic incidents or for use as HOV lanes, may be restricted to certain vehicles or occupancy levels. Road shoulders should be capable of handling increased, regular traffic use. DShL can reduce travel time, crash rates, and crash severity.

Smart Lanes, the ATM system used by MnDoT around Minneapolis, Minnesota, U.S.A., uses DShL on interstate 35W as a high-occupancy toll lane. The fees for single drivers are updated on a three-minute basis, depending on demand, with lower demand resulting in lower fees.

QW involves displaying warning messages in real-time along a roadway to notify drivers of upcoming queues or slowdowns. These warnings are typically displayed on dynamic message boards, possibly with warning lights, and aim to reduce rear-end collisions. QW signs should be optimally placed to ensure sufficient warning, and when used in locations with rapidly fluctuating queues, automated, real-time adjustments are optimal.

The Texas Department of Transportation used QW during construction on the I-35 to warn motorists approaching the work zone of stopped or slowed traffic, which they estimate reduced crashes up to 45%.

WSDOT uses variable speed signs to reduce collisions as a result of congestion and blocked lanes. The signs, working alongside DLUC and QW systems, allow drivers to incrementally reduce their speed ahead of blocked lanes or congestion, which prevents panic braking or last second avoidance maneuvers.

DMC involves the dynamic management of vehicle entry into merge areas. Advisory messages prepare drivers approaching merge points for the upcoming merge, and may direct merge behavior, such as ‘take turns’ messaging. These messages can be applied during or near congested conditions, such as work zones. DMC can help create safe merging gaps, reduce rear end collisions, and increase travel speeds. This system is often used in work zones, and can be used alongside ARM, DLUC, and QW.

An I-40 bridge in Arizona, U.S.A., utilizes a smart work zone with a dynamic merge system. Depending on real-time traffic volume, electronic signs along the roadway will change, influencing how early motorists merge.