What does it take to be a “Smart City?” 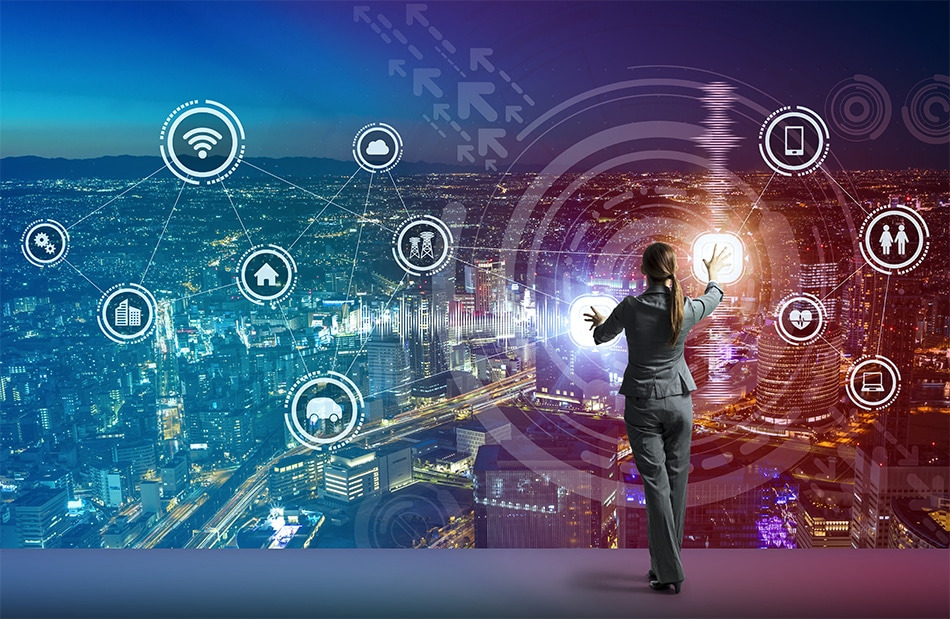 We live in a world where everything is said to be smart. We have “smartphones,” “smart watches” and “smart cars.” The obvious next step in the evolution of smart is a“Smart City.” We define them as “smart” because of what is behind them, the technology behind them that connects everything. People, sensors, the internet.

We often speak of topics without even knowing their true meaning. We speak of Smart Cities, though there is said to be no black and white definition of what one truly is. Though with its many parts we can put the pieces together to build Smart Cities. The cities have most or all of the following attributes as they are attributes of “smart” living; reducing waste, saving time, moving forward with technology. Smart Cities are efficient in the way in which they operate, thus the “smart.” They are connected, with everything, literally. Smart Cities are a reaction to the trend towards the moving population to urban areas, they must prepare for the majority of the population to be living in these areas.

Like any investment, creating a Smart City, must have a return. Smart Cities are about reducing waste and decreasing time, which results in money saved. A TEDTalk by Larissa Suzuki puts into perspective the amount of waste we produce because we simply do not know demand. If we do not know the demand, we cannot accurately predict the supply. She speaks of the time spent waiting. We wait in traffic, in line, in life. We are polluting our environment by just sitting around. How will the automation of what are currently human tasks affect all of this? With autonomous vehicles, cars will simply flow down the road. With sensors in lights and in the air, the environment becomes controlled.

Smart Cities use smart devices and sensors to collect data, and turn it into information that then provides knowledge to the end-users. A CBC news article spoke of the use of sensors and smart devices in Spain. The city of Barcelona uses sensors in its garbage cans, this way they are only emptied when necessary. Everything is talking to one another through Wi-Fi and Bluetooth, collecting data and turning it into information to then create a personalized service. A service like that of in Barcelona where the garbage is picked up on an irregular schedule that is based on its needs. In a Smart City, energy is conserved, as solar powered street lights are active when necessary, in synchronization with the changing time of the sun setting and rising.

In a world where everything is changing, it is hard to stay on top of it all. Though to stay on top, we must innovate and look towards the future. Smart Cities use innovative tools and concepts to operate in a strategic way. An increasing percentage of the population of the world is moving to urban areas. In order for these cities to support the millions of people, it must take advantage of technology. If not, the cities will not be able to provide basic services to its people. The cities must alter standard infrastructures to be able to accommodate for the vast amount of the population. A CNN article suggested that Africa build more lift-automated smart car parks than standard parking lots. It is small changes like these that will drive theses cities forward and give them an advantage over that of others.

There are various focuses of a Smart City, from transportation and mobility to water and waste and even Big Data. It comes down to putting in an effort to use information and technology to our advantage and in a strategic manner. “If you build it, they will come,” is true for Smart Cities as people want to be in them. These cities allow people to gain a great amount of knowledge through their data collection, and the knowledge does not stop there. It is shared and developed further which allows us to improve the world we live in, creating a sustainable environment. In her TEDTalk, Larissa said that, “truly smart cities provide a space where people can live, and businesses prosper, and people innovate, and the economy as a whole is sustainable.”