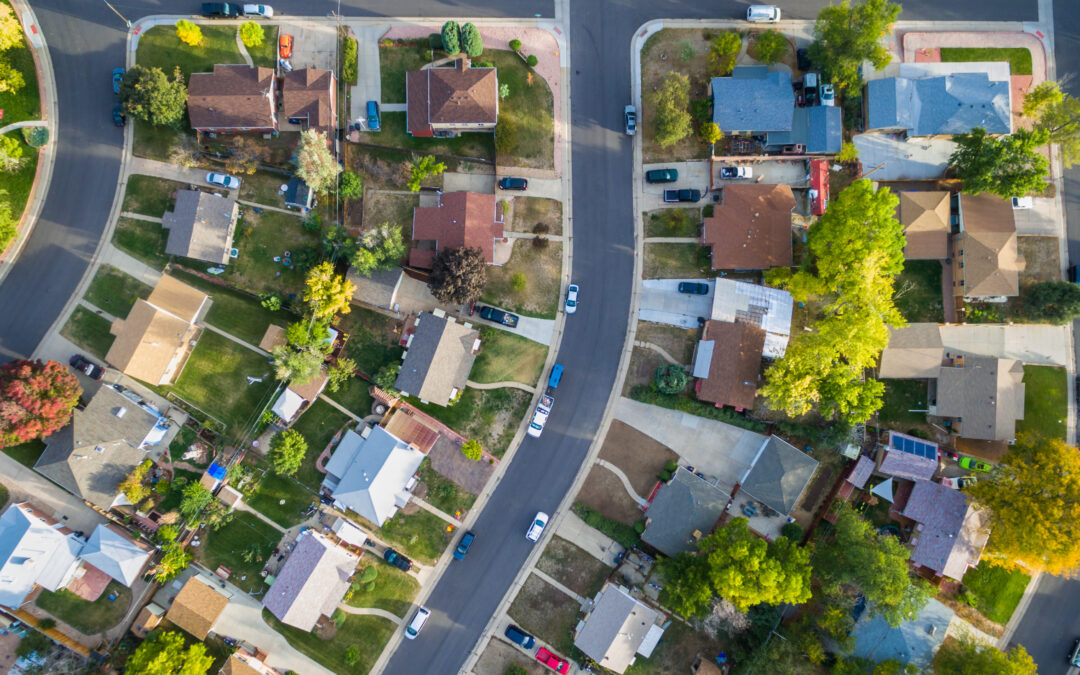 Roadway planning in the United States and Canada has long held motor vehicle speed and ease as a top priority, leading to a network of high-speed roads and impatient drivers. Mobile apps have inadvertently contributed to an increase of motorists cutting through residential neighborhoods to save time and avoid traffic. This has led to higher speeds and increased traffic on roads designed for much lower traffic volumes, creating more dangerous conditions for residents and pedestrians. Now, as complete streets and Vision Zero goals are gaining support and priority, traffic calming methods are being utilized to slow drivers down and minimize residential cut-through traffic.

What is Traffic Calming?

Traffic calming is a system that utilizes design strategy and physical adjustments to reduce traffic speeds for the sake of safety and accessibility. Environmental adjustments, such as physical barriers and speed humps, force motorists to pay attention to their surroundings and alter their driving behaviors, resulting in lower speeds and safer driving. Traffic calming aims to prevent high-speed, rushed driving by ‘calming’ motorists through increased sensory awareness. This is particularly important in areas, such as residential neighborhoods, with increased pedestrian and bicycle traffic, where high-speed, unfocused driving can be fatal.

Traffic calming has a range of proven benefits, including: speed reduction, lower fatality rates, decrease in injury severity, reduced traffic noise, better conditions for non-motorists, and improved street aesthetics. The primary benefit of traffic calming is increased safety and better-quality travel conditions for pedestrians and bicyclists. This is essential for residential neighborhoods, which unlike urban centres and major arterials, may have a high density of children and vulnerable roadway users who are not expecting sudden, high-speed vehicles. A study by The American Journal of Public Health found that children who lived within a block of a speed hump, a popular traffic calming method, had significantly reduced odds of being hit by a vehicle.

Residential neighborhoods have two primary concerns regarding traffic calming: reducing traffic speeds and cut-throughs. There are a variety of traffic calming measures that can be utilized, individually or together, to combat both of these issues:

Traffic speeds can be reduced through measures such as horizontal and vertical deflections, and street width reductions. Deflections force motorists to slow down, either by preventing their ability to drive in a straight path, or by changing the height of the roadway. Street width reductions narrow the roadway, causing drivers to slow down to maintain safety, and create smaller distances for pedestrian crossings. 5 common speed reduction measures include:

Speed humps are rounded, raised areas of pavement that require drivers to reduce their speed in order to maintain comfort and prevent vehicle damage. Speed humps are not to be confused with speed bumps, which are taller and less wide, making bumps more jarring for drivers. Humps work best on roads with slower speed limits, and require multiple humps placed in a series, making them ideal for residential neighborhoods. They should have accompanying signage or pavement markings to warn drivers in advance. Speed humps can reduce the average speed by 20-25% between humps, with an average crash rate reduction of 13%. Cheaper than other measures, speed humps are a highly effective way to reduce speeds in residential neighborhoods.

Chicanes are sidewalk extensions that create a zigzag pattern with alternating curves to disturb the straight path of the roadway. This requires motorists to steer back and forth in order to navigate the road, causing speed reductions and more cautious driving. Chicanes work best on low volume roadways with lower speed limits, making them ideal for residential neighborhoods. Curb and sidewalk extensions, parking spots, or garden boxes can be used to create chicanes, providing both neighborhood functionality and safety.

Traffic circles are raised islands at the centre of one lane, unsignalized intersections, where traffic circulates around the island in order to cross. Small traffic circles, also called ‘mini roundabouts’ can be implemented in areas with lower traffic volumes to create a steady flow of traffic with minimal diversion. These circles require drivers to slow down and pay attention to their surroundings in order to maneuver around them. Traffic circles create pedestrian crossing and landscaping opportunities, making them ideal for busier residential roads with traffic cut-through and higher speeds.

A choker, also known as a corner extension or bulb-out, is a horizontal extension of the sidewalk meant to narrow the roadway for a section of the street, rather than the whole street. Chokers can be used near entry points or for mid-block locations in residential neighborhoods to discourage cut-through and reduce speeds. Cut-throughs are discouraged through the creation of a temporary one-way road, which requires motorists to take turns passing through. Signage should be utilized to warn motorists of the extension, particularly in residential areas with minimal street lighting.

Lane narrowing, also known as a road diet, is the narrowing of travel lanes. Lane narrowing can be accomplished through widening of sidewalks, creating bicycle lanes, landscaping, or inserting raised medians in the centre of the roadway. Narrow lanes encourage driver alertness, and cause motorists to slow down in order to increase driving comfort. The use of raised medians can reduce speeds and also prevent cut-through traffic by blocking residential roadway entries. Narrowed lanes also contribute to residential areas by providing more room for pedestrian activity and greener streets.

Cut-through traffic occurs when vehicles use a residential neighborhood as a shortcut to reach a destination not in the residential area. This can create problems for residential neighborhoods where roadways are not designed to accommodate through traffic. To prevent this, it is recommended to start with speed reduction methods in order to prevent the roadway from being viewed as a more attractive option than the nearby arterial. When these measures fail, routing restrictions can be utilized, and are designed to limit vehicle movements and roadway use on residential streets overrun by through traffic. 3 routing restriction measures include:

Diagonal diverters are barriers placed diagonally across four-way intersections, blocking through traffic but leaving space for pedestrians and bicyclists to cross. This measure reduces speed, as motorists are forced to turn, and eliminates the possibility of cut-through traffic. This measure may be used in sets to preserve traffic flow through neighborhoods, but is usually only implemented when other measures fail, as it creates potential issues for emergency and residential access. Appropriate signage should be implemented to warn motorists ahead of the diverter.

Half closures create one-way streets by blocking travel in only one direction for a short section of the roadway. Half closures do not eliminate a travel lane, but may prevent traffic on the arterial from entering a residential street. Half closures may be used in sets throughout a neighborhood, but are also generally only implemented when other measures have failed. Possible impacts, such as emergency access and inadvertently increasing traffic on other residential roadways, must be considered. Appropriate signage is necessary to warn drivers.

Median barriers and turn islands are raised islands or diverters along the centre of an intersection or at the stop bar that force motorists to turn by blocking the through lane. These barriers are placed on arterials and major roads to restrict motor access to residential roadways, though bicyclists and pedestrians can still cross. When installing a median barrier or turn island, it is important to consider potential impact to traffic volumes on other nearby streets, as well as residential and emergency access.

Motorists taking shortcuts through residential neighborhoods can cause increased speed and traffic volume, creating more dangerous and congested conditions for residents. Traffic calming measures can reduce speeds and dissuade cut-through traffic with the implementation of physical barriers and environmental adjustments. With these measures, residential neighborhoods can benefit from increased safety, better conditions for pedestrians and bicyclists, and quieter neighborhoods.