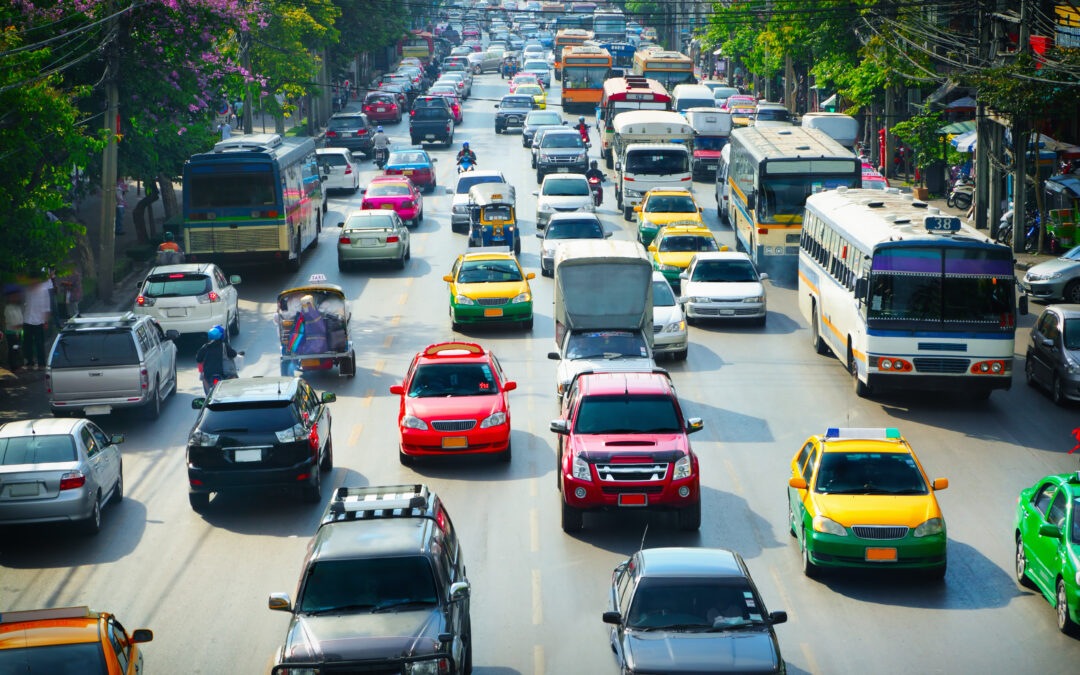 Vehicle counts and classification data provide traffic agencies with valuable information regarding the use and occupancy of roadways. Knowing how many vehicles are using roadways, and at which times, is vital to traffic planning and operations, such as signal timing. Classification data allows agencies to understand how vehicles are using the roadway, such as areas with heavy truck or bus traffic, and plan roadways based on the users. While there are various methods for collecting this data, they differ greatly in collection and accuracy. Here, a comparison of 6 different counts and classification data collection methods:

Manual traffic counts involve employees manually counting the volume of cars they see on the roadway. The count can occur onsite, with the counter watching the roadway in real-time, or offsite, with the counter watching a video recording. To record the data, tally sheets or mechanical counters may be used. When classification data is also being collected, instead of tallying the number of vehicles, counters may make tallies for the chosen classifications, and then use the totals to determine volume afterward. Manual counts often require 2 or more employees to collect data for each lane, and to increase accuracy.

Pneumatic tubes are taped down on the surface of the roadway, perpendicular to traffic flow. When a vehicle drives over a pneumatic tube, a burst of air pressure is released and sent through the tube. The pressure burst closes an air switch, which sends an electrical signal to the counting software. The tubes are powered by batteries, lead-acid, or gel, making them easy to move between count sites. Pneumatic tubes are best for short-term counting and classification. To capture classification and speed data, a second tube is required to collect axle count and spacing. The tubes should be close enough together that different vehicles will not drive over them simultaneously.  This method is one of the most commonly used counts and classification methods.

Inductive loop detectors are a ‘loop’ of insulated wire installed in the pavement. A detector unit passes an electric current through the loop wire, creating an electromagnetic field. When a conductive metal object moves through this field, a change in energy level occurs, decreasing the inductance of the loop. This increases the oscillation frequency and sends a pulse to the controller, marking the presence of a vehicle. While not all single loops can collect classification data, newer loops or a double loop can classify vehicles and collect speed data.

Video image detection (VID) systems use one or more cameras, a microprocessor-based computer, and software to capture and analyze video footage of a roadway. The cameras are able to differentiate and classify moving vehicles, and unlike manual count video footage, vehicle count and classification is analyzed and processed by the accompanying software. At night, vehicle counts are conducted using headlight detection, and classification data may not be possible depending on nearby lighting.

Like VID, when a vehicle or pedestrian enters a thermal camera detection zone, traffic data is automatically processed and collected based on dedicated algorithms. Thermal cameras detect heat signatures, allowing them to accurately detect vehicles, pedestrians, and bicycles while measuring speed. Based on the heat signature, vehicles are detected and classified accordingly. Unlike VID, thermal imaging works best at night and in low-light conditions, such as when there is fog or when pedestrians are obscured by shadows.

Radar technology is relatively new for traffic data, but it offers far more insight and accuracy than previous methods. There are two main types of radar: doppler and FMCW.  Doppler radar sensors transmit microwave signals, and when there is vehicle motion, the frequency of the reflected signal changes, allowing sensors to detect the presence and speed of a vehicle. FMCW radars transmit a signal, and upon reception, measure differences in phase or frequency. Radar sensors are able to determine vehicle length and use that data to accurately classify vehicles. This allows radar sensors to offer more classes than the previous methods, including pedestrians and bikes.

There are two primary traffic radar technologies: side-firing and forward-firing. Both use radar to detect the presence of moving vehicles on the road and are able to classify vehicles based on vehicle length measurements. Side-firing radar is installed at the side of the roadway, and sends a radar beam across the road, perpendicular to the traffic flow. While side-firing radars can collect count and classification data, dual beams are needed in order to collect speed data by creating a speed trap. Forward-firing radar can be installed at infrastructure along the roadway, as the radar beams in a forward direction. Multiple beams create a larger field of view, meaning objects stay in view for much longer. Companies like smartmicro, using forward firing beams, can detect up to 256 vehicles at once, in up to ten different lanes. One radar sensor can replace up to 32 loops, making them more efficient for data collection.

While counts and classification data are available through a variety of methods, technological advances have created solutions that increase accuracy and reliability while eliminating concerns such as safety, traffic disruption, and damage to roadways or equipment. Radar data, has the highest accuracy and classification count and is the easiest to deploy and operate. While radar data is still relatively new, it offers the most in metrics and reliability.

Thinking about leveling up your capabilities in measuring traffic count and classification? View radar options and use cases here.