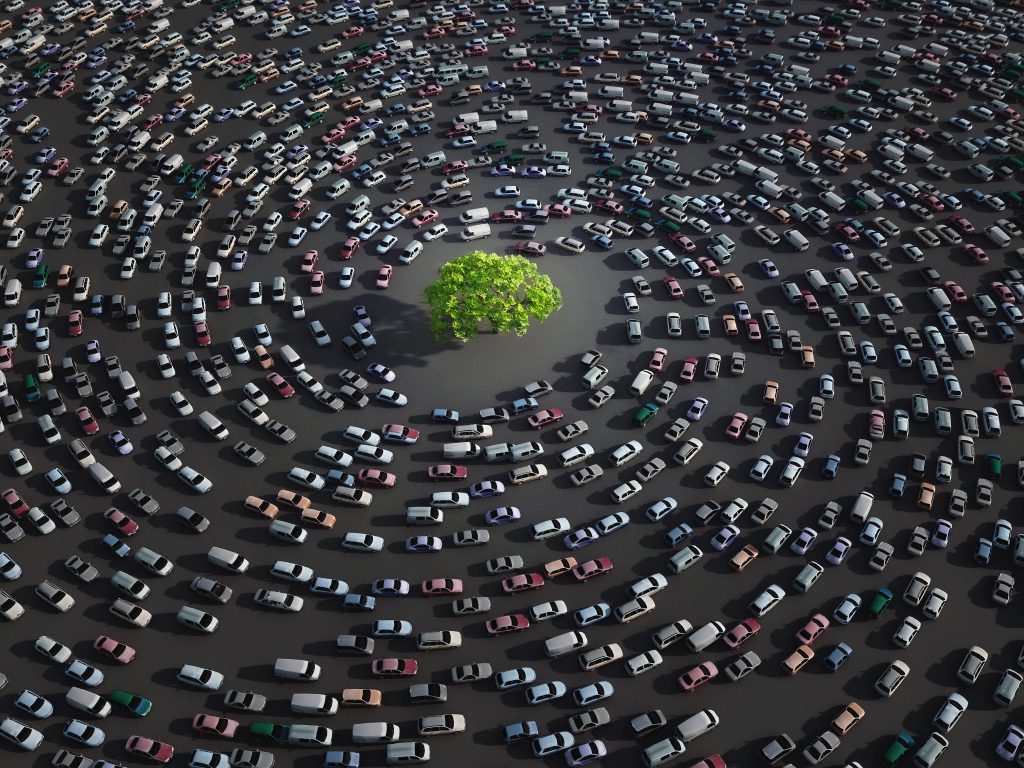 I remember sitting as a child and imagining what the future would look like. My vision was more along the lines of flying cars and no bedtime, but still… The technology industry is growing and developing solutions that would make that little girl jump for joy.

The name of the game today is connectivity and integration. Through the use of connected technology, it is widely believed that we will have the ability to fight the issues that face our world, such as global warming and human fatality. This wave of change has to start somewhere, and that somewhere is in the hearts of our cities.

The concept of a “smart city” is a relatively new one, but it has caught on rather quickly. Around the world, professionals from all sectors are working to make their cities the most innovative they can be. In order to have a goal to work towards, we must have a definition of what smart cities are. Probably the simplest definition is:

While this is the most basic interpretation, this idea is so much more. Most recently, Infrastructure Canada offered a more broad explanation, saying “a smart city uses technology and data to improve livability and opportunities for the city and its people”. This is really what the spirit is all about: using our knowledge and technological resources to solve problems.

Because of its ongoing excitement and endless potential, the smart city movement has attracted worldwide attention. Many cities have begun to plan out how to make their cities “smarter”, but not all have advanced to the implementation stage of these ideas.

There is a lot going on, but perhaps the most notable of recent efforts is the US Department of Transportation’s “Smart Cities Challenge”. After its launch in December of 2015, the 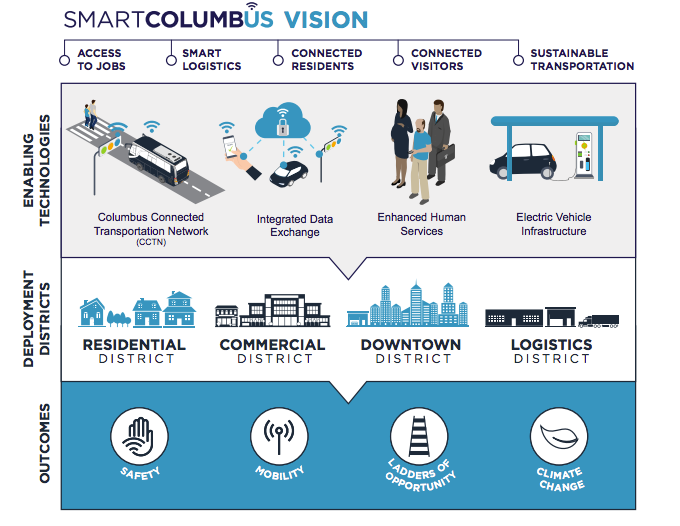 Source: US Department of Transportation

challenge saw submissions from 78 cities from across the country. The challenge was outlined by the DOT as “asking mid-sized cities across America to share their ideas for how to create an integrated, first-of-its-kind smart transportation system that would use data, applications, and technology to help people and goods move faster, cheaper, and more efficiently”. Common suggestions in the proposals were about how to provide first and last mile transit, increase parking ease and efficiency, and reduce traffic congestion in cities.

The winner of the challenge was Columbus, Ohio.  They provided smart solutions to fill in the gaps they saw in their city, including “deploy[ing] three electric self-driving shuttles to link a new bus rapid transit centre to a retail district, connecting more residents to jobs”, among other initiatives.

Inspired by the incredible success of US DOT’s idea, Infrastructure Canada will be launching their own Smart Cities Challenge in the fall of this year, but they are offering a grand prize or $50 million to the first place city. The funding is designed to fund the initiatives that will be submitted by the cities. Along with the winning amount, there are also four smaller sums available for projects.

These challenges are not only to provide various levels of financial support, but also to create the opportunity for city stakeholders to get involved. Putting together a proposal requires participation and input from every party. The private and public sectors have to work together, but citizens’ opinions can also be included.